1.    Background.  The company Freixenet filed applications with the Office for Harmonization in the Internal Market (OHIM) for trademark registrations consisting of the image of a glass bottle described as a “frosted black matt bottle” and the image of another bottle described as a “white polished bottle which, when filled with sparkling wine, takes on a golden matt appearance similar to a frosted bottle”.  In its applications Freixenet declared that it did not wish to obtain protection for the shape of the packaging, but rather for the specific appearance of its surface.


The OHIM refused the trademark applications on the grounds that they were devoid of distinctive character for the purposes of Article 7.1 b) of the “Community Trademark Regulation” (Regulation 40/94).  This decision was confirmed by the OHIM’s Board of Appeal and later by the General Court.  Freixenet filed a cassation appeal with the Court of Justice of the European Union (CJEU).


2.    Findings.  The CJEU began by reviewing its own case-law on the distinctive character of trademarks within the meaning of Article 7.1 b) of Regulation 40/94, particularly with respect to three-dimensional trademarks.  According to that case-law, since average consumers are not in the habit of making assumptions about the origin of products on the basis of their shape or the shape of their packaging in the absence of any graphic or word element, only a mark which departs significantly from the norm or customs of the sector and thereby fulfils its essential function of indicating origin is not devoid of any distinctive character. 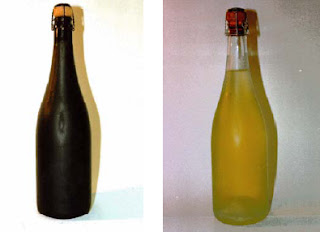 The CJEU holds that this case-law also applies to the trademarks sought by Freixenet, even though they do not claim the shape of the packaging, but rather the specific appearance of its surface.  It concludes that the General Court had erred in not having based its assessment of the case on the aforementioned doctrine.


The judgment states that instead of checking whether the trademarks that had been applied for departed significantly from the norm or customs of the sector, the General Court merely made the general observation that the colour and polish of the glass of the bottle could not function as a trademark unless used in relation to a word element.  According to the CJEU, this appraisal means that all trademarks consisting of the shape of the packaging of the product itself, without a word component, would automatically be excluded from the protection conferred by a Community trademark.


As a result, the CJEU set aside the judgment of the General Court and annulled the decisions of the OHIM which refused to grant registration to Freixenet’s marks.


3.    Remarks.  This judgment by the CJEU is certainly good news for drinks producers, given that it confirms the possibility of registering a particular feature or characteristic of a bottle as a Community trademark without the need for it to be accompanied by a word element, provided, of course, that it is sufficiently distinctive, in which respect it will be necessary to ensure that it “departs significantly from the norm or customs of the sector”.

The filling of packaging on the instructions of another company does not constitute third-party trademark infringement. Judgment handed down by the CJEU on 15 December 2011, Red Bull (C-119/10).

1.         Background.  The company Smart Drinks, Ltd. (Smart Drinks) instructed Frinsdranken Industrie Winters BV (Winters) to fill cans with fizzy drink.  The empty cans had previously been supplied to Winters by Smart Drinks and bore various distinctive signs, some of which were similar to the well-known energy drink trademark RED BULL.

Red Bull GmbH (Red Bull) filed proceedings with the Dutch courts against Winters for infringement of its RED BULL trademark.  The issue of whether the filling of packaging supplied by a third party bearing a certain sign constitutes use of that sign within the meaning of Article 5.1 of the First Trademark Directive was referred to the Court of Justice of the European Union, which held that that it does not.

2.         Findings.  The Court of Justice of the European Union exempts Winters from liability for any infringement of Red Bull’s trademarks.  It holds that Winters merely executed a technical part of the production process of the final product, without having the slightest interest in the product’s trade dress or in the signs affixed to the packaging.  In that regard, the Court refers to the findings laid down in the judgment of 23 March 2010, Google France and Google (C-236/08 & C-238/08), in which it was affirmed that creating the technical conditions necessary for the use of a sign and being paid for that service does not mean that the party offering the service itself uses that sign within the meaning of Directive 89/104.

As an additional factor to support the finding that Winters had not infringed any trademark rights, the judgment adds that the necessary identity or similarity between the goods covered by the RED BULL trademark registrations (which identify a drink) and the services rendered by the company in question, consisting of the filling of packaging, is lacking.

3.         Remarks.  Red Bull and the European Commission had expressed their concerns to the Court of Justice of the European Union that trademark rights could be infringed through the strategy of dividing the production process into several stages, and entrusting those stages to different service providers.  The judgment expressly rejects this argument on the grounds that the protection conferred on the trademark owner is guaranteed by means of the possibility of holding the party contracting those successive services in order to obtain the final product to which the infringing sign is affixed liable for the acts of infringement.  In view of this doctrine, it will therefore be necessary for the trademark owner to design an adequate strategy to be followed so that defensive action can be instituted against the party that is truly liable for the trademark infringement.