The UN's international day observances are an important means of raising social consciousness. No-one questions the need to give over one day each year to commemorating health or the struggles to end poverty, hunger, sickness, and violence. Who among us does not identify with, or at least feel some solidarity towards, these causes? 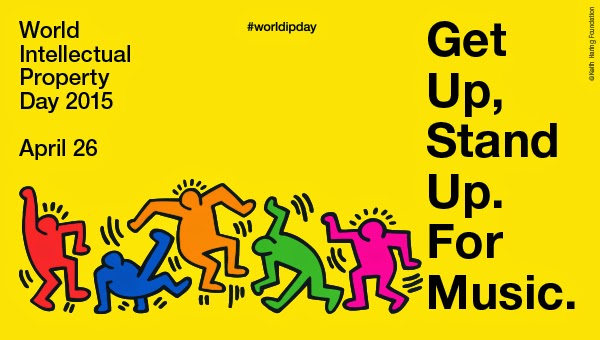 A substantial segment of the population may, it is true, feel estranged from this cause, to them the words "intellectual property" are synonymous with sanctions, licenses, censorship, and other obstacles to the so-called free culture of the digital age. Even when viewed not so critically, "intellectual property" is still likely to bring to mind notions that stand outside most people's everyday lives, like the law, regulations, the courts, or packs of lawyers in suits and ties all on the side of "big business". Perhaps world creativity day, world innovation day, or world culture day would be a more fitting name. At least, it would "pack more punch". Because, simply put, with no beating about the bush, intellectual property is creativity, is innovation, is culture. It's in the alarm clock that wakes us up to go to the office, in the music we listen to on the way to work, in the video clip we watch on the screen on the platform, in the play advertised at the bus stop, in all the programs, utilities, and applications that help us in our daily work, in the coffee machine that rouses us from our mid-morning daze, in the television show or the book we turn to before going to sleep …. And behind it all are musicians, artists, programmers, engineers, actors, writers, producers, and, yes, probably too droves of judges, lawmakers, and lawyers in suits and tie doing their best to salvage what is left of intellectual property, this at times unfairly criticized redoubt.

Clarity examination in opposition proceedings at the EPO: Decision G3/14 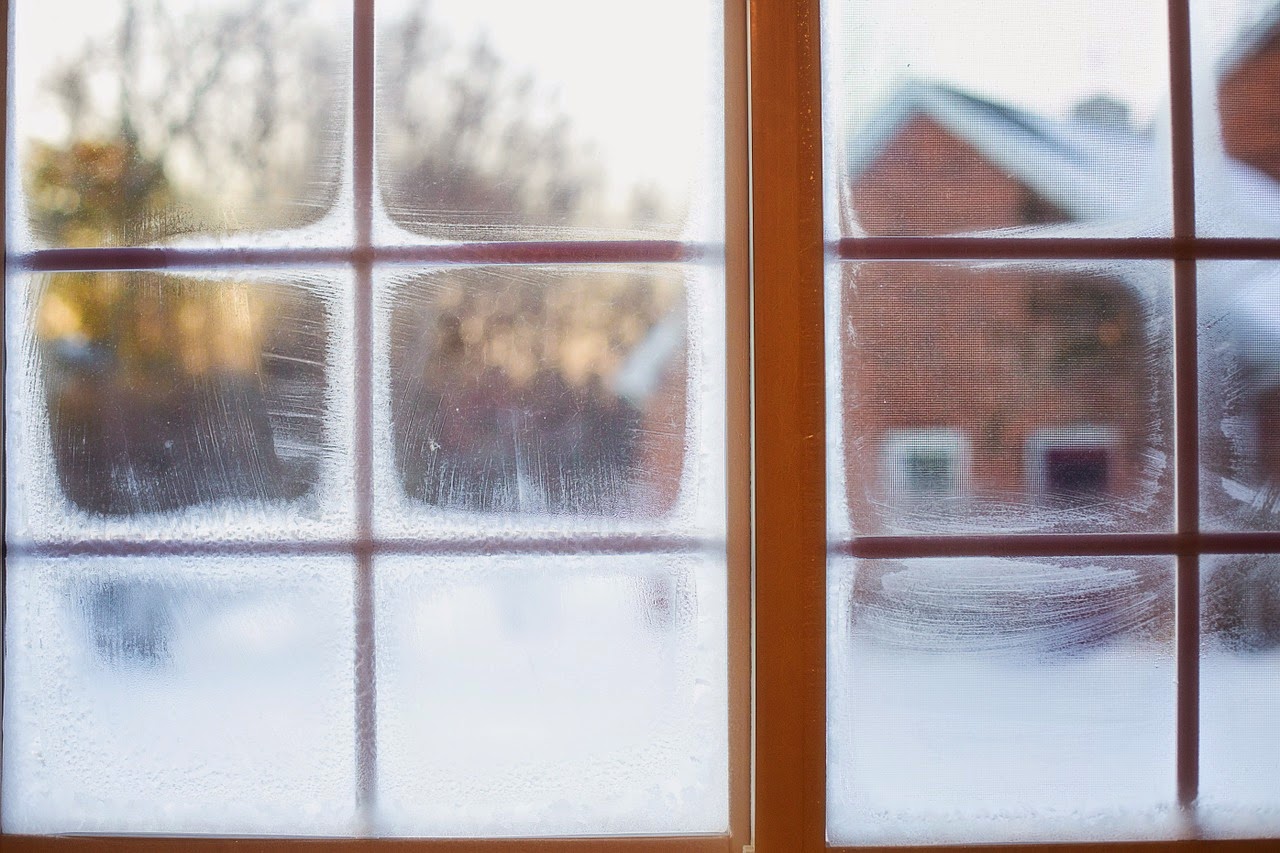 The European Patent Office's Enlarged Board of Appeal recently issued a major decision (G3/14) on the issue of the clarity examination of claims in opposition proceedings at the Office.

Lack of clarity of claims (Article 84 European Patent Convention) is not one of the allowable grounds for opposition enumerated in Article 100 EPC. However, where the patent claims have been amended during opposition proceedings, Article101(3) EPC stipulates that the Opposition Division shall examine whether the amended patent fulfils the requirements of the EPC (including the clarity requirement laid down in Article 84 EPC ) and hence assess whether to allow or revoke the patent as amended.

The question of whether the EPO should examine the clarity of claims that have been amended during opposition or appeal proceedings has been raised repeatedly. There have been two diverging lines of case law decisions in this respect.

- The approach taken in decision T301/87 (the "conventional" view), holding that, where claims are amended during opposition proceedings, objections by reason of lack of clarity are not allowed "if such objections do not arise out of the amendments made".

- The approach taken in decisions T1459/05 and T459/09 (the "diverging" view). Decision T 1459/05 held that examination of the clarity of a feature of a granted dependent claim incorporated into a granted independent claim was permissible, especially where that additional feature was critical for differentiation from the prior art but could be regarded as being unclear. Decision T459/09 held that "unrestricted exercise" of the examination power under Article 101(3) EPC was justified where a claim was amended with a technically meaningful feature.

The Enlarged Board's response was that, for purposes of the examination provided for in Article 101(3) EPC, patent claims may be examined for compliance with the requirements of Article 84 EPC only when, and then only to the extent that, the amendment introduces non-compliance with Article 84 EPC.

Furthermore, the Enlarged Board explicitly approved the "conventional line" and disapproved the "diverging line".

Therefore, the conclusion to be drawn is that from decision G3/14, examination of the clarity of claims in opposition proceedings will be much more restricted in scope than has been allowed under the "diverging line" of case law.

Spring has sprung and has brought with it two important decisions concerning plants, Decisions G2/12 (Tomatoes II) and G2/13 (Broccoli II) by the Enlarged Board of Appeals of the European Patent Office (EPO).

The two decisions confirm that the EPO considers product claims directed to plants to be admissible, and this extends to parts of plants (G2/13) and to such plant material as a fruit (G2/12), even where on the filing date of the application the plants claimed were only obtainable by an essentially biological process disclosed in the application. The decision in Broccoli II (G2/13) has further ruled that the plant or plant material may be defined in terms of the process for obtaining it ("product-by-process claims"), even where the features of the process in question define an essentially biological process for producing plants, subject to the condition that a single plant variety is not claimed.

These decisions make clear that the exclusion of essentially biological processes for producing plants and animals from patentability under Article 53(b) of the European Patent Convention (EPC) does not extend to the plants and parts of plants produced using those processes. Nevertheless, claims directed to such products may not relate to a single plant variety, because Article 53(b) EPC also excludes plant and animal varieties from patentability. Rule 27(b) Implementing Regulations to the EPC specifies this same bar to patentability in detail, stipulating that biotechnological inventions concerning plants shall be patentable only if the technical feasibility of the invention is not confined to a particular plant variety.

This is not the first time that the Enlarged Board of Appeals has been asked to interpret Article 53(b) EPC. Two earlier decisions also concerning tomatoes and broccoli, G1/08 and G2/07, sought to elucidate the conditions to be fulfilled by a process for producing plants in order to be regarded as "essentially biological" and hence unpatentable. The two recent decisions, G2/12 and G2/13, have held the products produced by such processes to be patentable, provided that they fulfil the general patentability requirements just like any other product and also fulfil the conditions laid down in Rule 27(b) Implementing Regulations.

The significance of these decisions lies not only in their shedding light on the criteria for assessing the patentability of inventions under Article 53(b) EPC but also in the commercial importance of the products concerned, now and in the future.

The inventions dealt with by these decisions are further examples of mankind's relentless drive to enhance plant species for many different purposes, for instance, to achieve greater food diversity. Broccoli (Brassica oleracea italica) is a particularly apt example of the results achieved, being a cultivar of the same species as cabbage, cauliflower, and Brussels sprouts, all variations on the common ancestor, wild cabbage, which have originating through selective breeding over the years. Humanity's role in species diversification and in modifying specific attributes has been so commonplace since Neolithic times that the public ordinarily views it not as a biotechnology process giving rise to alarming products with unpredictable consequences but rather as an intrinsic and natural part of human history. By contrast, society often rejects other biotechnological inventions based on more recent scientific advances, and this, in its turn, can sometimes influence decisions regarding the patentability of those inventions or legislation regulating the conditions of production or sale.