The Administrative Council of the European Patent Office (EPO) has removed the obstacle to performing further searches for applications in the European regional phase (Euro-PCT applications) where an objection is raised on grounds of lack of unity of invention.

Under the current wording of Rules 164 and 135 of the Implementing Regulations to the EPC, where an application in the European regional phase is deemed not to comply with the unity of invention requirement, the EPO may only conduct a search on the invention appearing first in the claim set; no additional searches may be performed for any other inventions in the set. Since patent applications may not contain subject matter that has not undergone a search, up to now the only option for applicants interested in claiming such unsearched subject matter has been to file divisional applications, with the additional cost this entails. The costs attaching to filing a divisional application include paying anew all the official fees already paid previously for the parent application, including all the cumulative annuities, which can sometimes be considerable.

Rule 164 EPC is to be amended to allow additional searches where the EPO raises objections against the unity of invention of regional phase applications. The EPO will conduct a search on the first invention appearing in the claim set and will invite the applicant to pay further search fees for any other unsearched inventions within a two-month time limit.

The amended wording of these Rules will take effect on 1 November 2014.

The ELZABURU Firm marks Inventors' Day, celebrated on 9 November, in recognition of all the inventors who have worked with us.

This day was chosen because it is the birthday of Hedy Lamarr, Austrian screen star, telecommunications engineer, and inventor. She invented an early version of the spread spectrum modulation technique used in telecommunications to transmit digital data over radio frequencies. As an actress, she had roles in many Hollywood pictures, including Samson and Delilah.

Inventors' Day is a day set aside in recognition of all those individuals who, working on their own or as employees, make a decisive contribution to our everyday lives and to the progress of society as a whole.

Inventions are the best testaments to human ingenuity and are an essential part of every country's innovation system. Behind an invention there is always someone (the inventor) who, alone or as part of a team, has expended great effort to achieve results that will benefit everyone.

This year, it should be remembered, a Spanish railway engineer, José Luis López Gómez, won the European Inventor Award 2013's Popular Prize. And so, to some extent Inventors' Day can be regarded as a tribute to all those who are engaged in research activity in Spain.

Modernization of the trademark system in the European Union 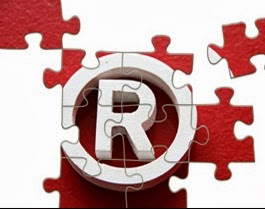 The aim of the proposals is not to create a new system; instead they intend to modernize the existing provisions to make the trademark registration system in Europe more accessible, coherent and efficient.

The new proposals include:

New terminology:
The OHIM will change its name to the ‘European Union Trade Marks and Designs Agency’ (or ‘EUTMDA’) and the terms Community trademark and Community Trademark Court will be changed to "European trademark" and "European Trademark Court".

Definition of European trademark:
The requirement that a sign be capable of being represented graphically will be eliminated.

Absolute grounds:
Trademarks applied for in a foreign language will not be granted protection if refused on absolute grounds once the mark is translated into an official language of an EU Member State.

Designation and classification of goods and services:
The new legal texts will codify the EU Court of Justice’s ruling in the "IP Translator" case (literal interpretation). The applicants must specify the goods and services to be covered as opposed to using the general class heading. The owners of CTMs applied for prior to 22 June 2012 will be given a term (probably around six months) in which to evaluate and reformulate the list of goods and services.

Rights conferred by a European trademark:
- CTM infringement actions shall be brought without prejudice to any existing prior rights (article 16 (1) of the TRIPS agreement).
- In cases of double identity and similarity (in relation to the signs and goods and services in question) the only criteria applied shall be the origin function (the functions of advertising, communication and investment shall no longer enjoy protection).
- The use of a protected mark as a trade name shall be considered an infringement.
-  The "own name" defense shall only be applied to personal names.
- Rights holders will be able to prevent the use of their marks on illegal comparative advertising.

Changes in procedures:
- Member States shall establish an administrative procedure for the invalidation and revocation of trademarks (rather than court procedures).
- Ex officio examinations by national offices shall be limited to absolute grounds for refusal.
- The option of applying for European trademarks via National Offices shall be eliminated.

Trademarks as objects of property:
Incorporation of new rules relating to the use of trademarks for commercial purposes.

It is expected that the above proposals will be formally adopted in spring 2014. Once these proposals are adopted, the EU Member States will need to incorporate the provisions of the new trademark directive into their respective national laws within a term of two years. Most of the amendments to the new Regulation on the European Trademark, meanwhile, will come into effect after its entry into force in 2014.