Open Access to Scientific Research Information in the EU 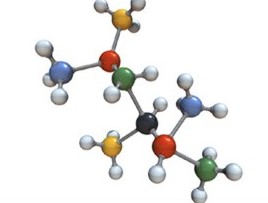 The European Commission has announced its plans to improve access to scientific information produced in Europe in order to increase innovation capacity and benefit citizens by giving them quicker access and opportunity to build upon publicly-funded research. The EC will start with making open access to the scientific publications a general principle of Horizon 2020, the EU's Research & Innovation funding programme for 2014-2020. Those would either be made immediately accessible online (‘Gold’ open access) and be eligible for up-front reimbursement of publications costs, or no later than six months (twelve months for articles in the fields of social sciences and humanities) after publication (‘Green’ open access). The EC said that without quick access to up-to-date scientific literature, it takes small and medium-sized enterprises up to two years longer to bring innovative products to the market and only 25% of researchers share their data openly.

This project will give Europe a better return on its €87 billion annual investment in R&D and the aim of the EC is that by 2016 open access would be available to 60% of European publicly-funded research articles. It furthermore urges Member States to take a similar approach and the UK was the first one to do that, preceding the Commission’s announcement with one day (16th July 2012), by deciding to remove the pay walls of taxpayer-funded research through a “gold” model, introduce walk-in rights via public libraries and extend access licensing of universities.

We have learned from our good friend Aurelio López-Tarruella that in a judgment given on 12 July 2012, in reply to a request for a preliminary ruling submitted by the Dutch courts within the framework of an action for infringement of a European patent by various parties (Case C-616/10), the European Court of Justice has clarified the  scope of articles 6.1, 22.4 and 31 of Regulation No. 44/2001 on jurisdiction and the recognition and enforcement of judgments in civil and commercial matters.

First, the ECJ allows that the special rule of jurisdiction laid down in article 6.1 of Regulation No. 44/2001 may prevail over the general rule based on the defendant’s domicile. For the ECJ the fact that actions for infringement of a European patent should, according to article 64 of the EPC, be dealt with by national law does not prevent the national court from deeming the different claims brought before it to be connected and thus permitting article 6.1 of the Regulation to kick in.

Second, the ECJ confirms that in the context of a European patent infringement action where the defendants have argued, by way of defence against the award of interim relief, that the patent is invalid, article 22.4 of Regulation No. 44/2001 (relating to jurisdiction as to the substance) shall not preclude the application of article 31 of that same Regulation (relating to jurisdiction over provisional or protective measures). The court states that the two provisions refer to different situations and have separate fields of application. Even so, the ECJ allows that the court seised of the application for interim measures may refuse such relief if it considers that there is a reasonable possibility of the patent ultimately being declared invalid by the competent court.

European Parliament and Council at loggerheads over unitary European patent. Next chapter: September 2012

On 10 July 2012 there was lively debate on the Legal Affairs Committee of the European Parliament over the suggestion made by the Council on 29 June that articles 6 to 8 of the “Proposal for a Regulation of the European Parliament and of the Council implementing enhanced cooperation in the area of the creation of unitary patent protection” be deleted. The implementation of that suggestion would entail denying the European Court of Justice the capacity to interpret uniformly the core of patent law, specifically, the right to prevent the direct or indirect use of the invention and the limits of patent protection. The majority of the MEPs came out strongly against the deletion, maintaining that it would constitute a breach of ordinary legislative procedure, and it was thus decided that the matter should be referred back to the Commission and the Legal Service of the Parliament. More news is expected in September.

Following the mess resulting from Opinion 1/09 of the Court of Justice in March 2011, on 26 May 2011 the Commission proposed that the work be restructured in the form of three legal instruments within a single package to be adopted by the 25 Member States participating in the enhanced cooperation procedure, Spain and Italy having opted out, those instruments being a regulation on the creation of unitary patent protection, another regulation confined to translation requirements, and an international agreement for the creation of a unified litigation system with a unified patent court.

On 5 December 2011 the European Parliament and the Council struck a political deal which left just one question in the air, namely, that of where the new court should be located. As the Council had announced that a solution could be forthcoming towards the end of June 2012, Parliament decided to wait and to put the political deal to the vote at first reading in the plenary session to be held on 4 July. On 29 June the Council announced that a “Belgian style” agreement had indeed been reached and that the seat of the court would thus be in Paris while there would be specialized chambers in London and Munich, but that this would entail the deletion of articles 6 to 8 of the basic Regulation. British, German and French professionals had long been calling for the removal of those provisions, on the ground that the Court of Justice is not a specialized body and that its intervention will only give rise to greater cost and delay in the handling of infringement and nullity actions, and their views were echoed in a report by the UK Parliament published on 3 May 2012.

On 2 July the European Parliament decided not to put the package to the vote on 4 July and instead to convene the Legal Affairs Committee for 10 July. We now know the outcome of the meeting of that committee, although we cannot yet gauge its implications. To liken the situation to that of players in the time-honoured board game known as the Game of the Goose, we might have stumbled into the maze on square 42 and therefore have to go back to square 30 or, worse still, have fallen into the well on square 31. In the first scenario months will have been lost; in the second we may have to wait another three years for someone to come along and rescue the project. It is, at all events, every day more evident that, after forty years of negotiations, on this front we are witnessing a watering down of the European construction process and a waning of the belief that industrial property is one of the key elements for the consolidation of the internal market.

A recent ruling by the Court of Justice of the European Union in the IP Translator case (C-307/10) has held that where an applicant specifies the general heading of goods or services for a given Nice Class (Nice Agreement Concerning the International Classification of Goods and Services for the Purposes of the Registration of Marks) with intent to cover all the goods or services in that class, it must be expressly so stated. Otherwise, trademark coverage will extend only to the literal content of the class heading. (*)

The ruling was dated 20 June and the OHIM reacted immediately, issuing Communication No. 2/12 of the President of the Office of 20 June 2012, requiring CTM applicants to include a declaration expressly indicating whether or not coverage is meant to extend to all the goods/services in each class claiming the general Nice heading, starting with all applications filed from 21 June.

In keeping with our practice of safeguarding our clients' best interests, our Firm too reacted at once, and since 21 June 2012 we have been filing all CTM applications claiming the general heading of an International Class with the requisite express declaration stating that the class heading is intended to cover all goods/services included in the respective class.

Additionally, from that same date all national applications designating class headings that we file in Spain are also accompanied by an express indication that all goods included in the class are covered unless the order letter instructs otherwise.

(*) For instance, as in the case at hand, the general heading of Class 41 ("Education; providing of training; entertainment; sporting and cultural activities") would not cover "translation services" without an express indication of intent to cover all the services included in that class.