More on the "cyber jurisdiction" 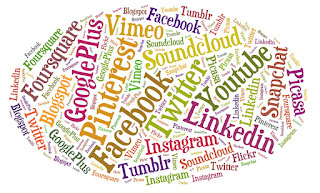 The umpteenth revision to the regulations on trademark conflicts issued by a social network and some recent cases call to mind a question I have been mulling over for a long time, one in fact that was addressed by an outstanding presentation by Andy Ramos at the First Madrid Law Conference.

Those of us who deal in intellectual and industrial property matters have traditionally grounded ourselves in national and Community legislation and international treaties, where appropriate supplemented by the applicable rules of procedure.

Even so, for some years now, it has been necessary to top off our knowledge of these aspects with the rules for dealing with disputes arising from improper trademark use, personality rights, copyright, etc. set by each social network.

Each network sets its own rules, and what are purportedly the social network's terms of use take on the effect of a body of legal and procedural rules that have to be followed (as far as possible) when trying to settle the growing number of disputes involving our clients. A cursory review indicates that as things stand today, one way or another some 80 % of our activities involve the Internet and social networks.

Let me say that I have nothing against rules that fall outside the authority of the State, and we all are aware that there have been a number of instances of successful self-regulatory systems. Looking at the UDRP rules governing disputes between trademarks and domain names shows that the overwhelming majority of cases are settled by panelists under the auspices of institutions not under the authority of any State, one notable example being the WIPO Arbitration and Mediation Center on account of the large number of cases dealt with and the quality of its services.

However, problems may arise where the rules have not grown out of consensus but rather have been dictated by the social network's owner and administrator. These problems are compounded where the rules have been made based more on a U.S. than on a European approach to law (indeed, cases of disputes on Chinese social networks have already arisen, a foretaste of things to come). Matters become more complicated still where each social network has its own separate rules. And to make matters worse, "policy", that is, how the rules are interpreted, depends on the individual views held by the management of each social network.

Not long ago I was involved in a dispute between two parties based in northwestern Spain over copyright on a social network. The parties overseeing the conflict started out by citing the Digital Millennium Copyright Act, fair use, and other recondite rules, to our client's bafflement. As might be expected, references to Spain's Copyright Act and Community Directives were conspicuous by their absence.

A more serious example involved the State Prosecutor's Office in a case in which the image rights of a minor had been infringed, but it proved to be impossible to enforce any of the measures sought outside the borders of Spain, even though the images had spread around the world.

There are many more examples of cases like these that crop up daily. Establishing a suitable legal framework of uniformity for these situations will require considerable deliberation.

There has been talk of a principle of territoriality, whereby "business in my territory is done under the laws of my territory", but this is only a partial solution given the non-territorial nature of social networks already mentioned above.

The authorities of the European Union are seeking to exert an influence on disputes arising on social networks by harmonizing European rules.

There is still a long road ahead of us, but there are also some examples of successful approaches showing that harmonized regulation can significantly decrease the number of disputes. Territorial regulations could then be restricted to those disputes that are strictly local in nature.

"For freedom, as for honour, one can and one should risk one's life."
Don Quijote de la Mancha
Miguel de Cervantes

The judgment by the European Court of Human Rights (ECHR) in the matter of Delfi AS vs Estonia (Case 64569/09) has caused a bit of a stir.


At its core is another conflict between freedom of expression and the right to honour involving the mass media – essentially digital media – and its empowerment/obligation to curb defamatory content. 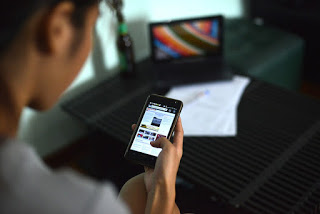 The case stems from a matter in which the owners of a web news portal, Delfi, were held civilly liable by the Estonian courts, which ruled that a person's right to honour had been infringed by defamatory comments made in a comments section provided by the owners of the portal for each news item.

Delfi had comment regulating measures in place on its website (an automatic filter to block comments containing certain words and a rapid notice and take-down system to remove defamatory messages). It therefore maintained that the judgment by the Estonian Supreme Court infringed its right to freedom of expression, and it appealed to the ECHR.

In its first instance decision the ECHR had ruled that holding Delfi liable was a justified and proportionate restriction of freedom of expression and therefore that the judgment in Estonia did not contravene the Charter of Fundamental Rights of the European Union. Delfi then appealed to the Grand Chamber of the ECHR.

The legal findings of the decision address both the issue of lawfulness of the interference and the issue of freedom of expression and restrictions on that freedom.

Lawfulness entails that a provision of law "should be accessible to the person concerned and foreseeable as to its effects". Since it is the consequences that cause a person to regulate his conduct, they must necessarily be foreseeable.

Delfi claimed that there was no domestic law stipulating that an intermediary should be regarded as a publisher. The company claimed that the applicable law to be relied on was European law, which expressly prohibited the imposition of liability on intermediaries pursuant to the E-Commerce Directive No. 2000/31/EC.

Realizing that the underlying issue basically hinged on whether Delfi was regarded as being merely an intermediary, the Grand Chamber pointed out that it was not its task to take the place of the domestic courts in aspects relating to the interpretation and application of domestic legislation but only to determine whether the measures adopted and the effects they entail were in conformity with the European Convention on Human Rights.

In this context the ECHR noted that Delfi, as one of the largest news portals in Estonia, should have been familiar with domestic legislation and case law and that the possibility of liability for the circumstances described was not unforeseeable.