The judgment issued by the Court of Justice of the European Union in Case C-345/13 on 19 June 2014 clarifies two important aspects bearing on proceedings claiming infringement of unregistered Community designs, namely, consideration of the individual character requirement and the burden of proving that a design has individual character. 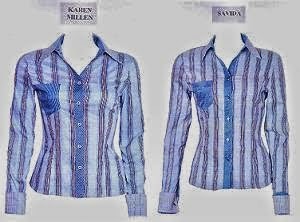 The court ruled on two questions referred by Ireland's Supreme Court in the context of a dispute between the British company Karen Millen Fashions ("KMF"), which had designed a striped blouse, and the Irish retail chain Dunnes Stores ("Dunnes"), which had sold a similar blouse. In proceedings instituted by KMF claiming infringement of their unregistered design, Dunnes admitted having copied the design but contested the design's validity, claiming that it lacked individual character.
The first question the Supreme Court of Ireland referred to the Court of Justice was whether, for the purpose of determining individual character, an unregistered design was to be compared to previously disclosed individual designs or whether, as Dunnes had maintained, the design could be compared to a combination of separate features extant in various earlier designs.

In its answer to this question the CJEU applied the same reasoning set out in the General Court's judgment of 22 June 2010 in Case T-153/08, advocating a literal reading of Article 6.1 of the Regulation on Community Designs, which speaks of the overall impression produced by "any design" which has been previously disclosed. The Court therefore construed the wording of this provision to mean that comparison must be conducted in relation to "specific, individualized, defined, and identified" designs from among all earlier designs.

Still, Article 25.1 of the TRIPS Agreement expressly provides for the possibility of comparison with combinations of known design features. The Court, however, regarded this as an option that has not been taken up by the Community.

The second question concerned the burden of proof as it relates to the individual character of unregistered designs, which Dunnes claimed should fall on the design holder. By contrast, the Court held that Article 85.2 of the Regulation establishes a presumption of validity for unregistered designs, to be interpreted as having the purpose of helping to achieve the objectives of simplicity and expeditiousness underpinning the idea of protection of unregistered designs as expressed in the recitals to the Registration.

This judgment will definitely be helpful for claiming infringement of unregistered designs, and it shares out the burden of proving the validity of designs in a manner consistent with that for other types of industrial property.
In short, the Court's interpretation of the Community Design Registration is favourable to the interests of companies – among them, clothing companies – which use unregistered Community designs to protect their creations.

Colour marks: New rulings by the CJEU bearing on registrability

The trademark consisted of a colour, red, specifically HKS 13, and it was granted registration on 11 July 2007 for specified financial services for a commercial bank in Class 36.

Contesting the grant of the said mark, Oberbank and Banco Santander applied for a declaration of invalidity. The German court ultimately decided to stay the proceedings and refer three questions to the Court of Justice of the European Union (CJEU) for preliminary rulings, issued in the CJEU's judgment of 19 June 2014 (C-217/13 and C-218/13).

1. By its first question the referring court asked the CJEU what degree of recognition must there be in the trade circles concerned for a trademark to be regarded as having acquired distinctive character. Specifically, it asked whether a consumer survey showing that the mark had achieved a degree of recognition of at least 70 % is required.

The CJEU first pointed out that to determine that distinctive character has been acquired through use, it is necessary to carry out an examination by reference to the actual situation and make an overall assessment of the evidence showing that the trademark is able to identify the goods or services concerned as originating from a particular undertaking. The following, inter alia, may be taken into account for this purpose: market share, intensity of use, geographical scope of use, duration of use, etc. Where the competent authority has particular difficulty in assessing distinctive character, it may order a consumer survey, and it will be for that competent authority to determine what percentage is to be regarded as being sufficiently representative. However, the results of such a consumer survey cannot be the only decisive criterion for assessing distinctive character.

The CJEU replied to this question by pointing out that the proprietor needed to have proven that the mark had acquired distinctive character before the date of filing of the application unless national law of the country concerned provided for a later date. This does not preclude the competent authority from taking into account evidence which, though subsequent to the date of filing of the application, enables conclusions to be drawn as to the situation as it was before that date.

3. The third question asked who has to prove that the trademark had acquired distinctive character before the filing date of the application in order to prevent a declaration of invalidity.

On 2 June, the OHIM amended the Guidelines relating to opposition proceedings to reflect a change in case law resulting from two Court of Justice judgments delivered in the second half of 2013. The specific sections that have been amended are part C, Sections 1 (procedural matters) and 6 (proof of use). From that date the OHIM began applying the new criteria in all cases in which a decision has not yet been issued. 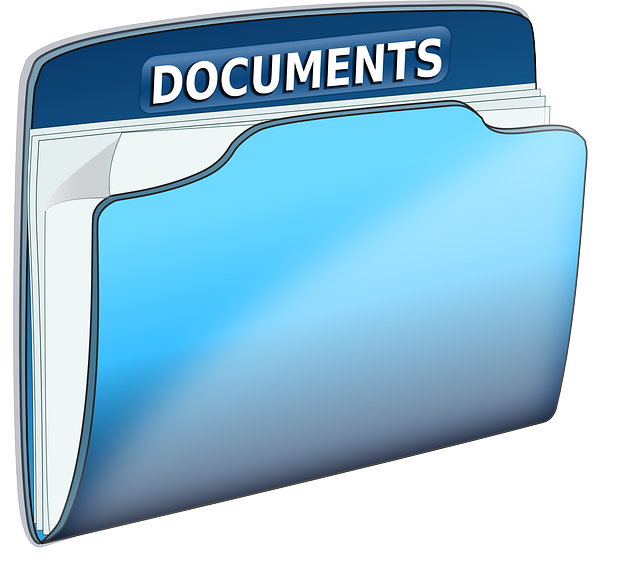 The judgments in question were that issued on 18 July 2013, in case C-621/11P, «Fishbone» and that issued on 26 September 2013, in case C-610/11P, «Centrotherm», both of which ruled that proof of use submitted after the corresponding term given by the Office to the opponent (i.e. the deadline for submission of proof of use pursuant to rule 22 of the Implementing Regulation) should be considered admissible if certain conditions are met.

The two conditions are:


Both judgments serve to clarify and substantiate previous judgments delivered by the Court of Justice, such as that of 13 March 2007, OHIM/Kaul (C-29/05 P), which stated that “where OHIM is called upon to give judgment in the context of opposition proceedings, taking such facts or evidence into account is particularly likely to be justified where OHIM considers, first, that the material which has been produced late is, on the face of it, likely to be relevant to the outcome of the opposition brought before it and, second, that the stage of the proceedings at which that late submission takes place and the circumstances surrounding it do not argue against such matters being taken into account” (paragraph 44 of the said judgment).

The OHIM’s discretionary powers to take into account evidence submitted late are extended except in cases in which, as the case law indicates, no relevant evidence is submitted within the time limit, or there is negligence or abusive delaying tactics. Under no circumstances is the OHIM obliged to take into account the said evidence. Rather, it can now exercise its discretionary powers and assess whether the evidence can be considered admissible under these conditions. If the evidence is not accepted due to late filing, the Office must set out the reasons for its decision.

In addition to opposition proceedings, the new practice is also applicable to revocation and invalidation proceedings (in fact, the Centrotherm case was based on an application for revocation).

One aspect that could still be improved is, without a doubt, the need to guarantee the other party’s means of defence, which is an area in which the OHIM does not appear to have yet taken the initiative. In this regard, the Office has simply added the following phrase to point 4.5.1 of the Guidelines: “if necessary, a second round of observations will be granted”.

It is not easy to imagine a proceeding in which one party submits proof after the end of the given term and the other party is not granted the right to submit its observations, having to wait for the OHIM’s decision. It is true that the absence of a right to reply does not mean that the proof is accepted as sufficient (judgment of 7 June 2005, T-303/03, ‘Salvita’, paragraph 79), which is reassuring, but we urge the OHIM to place on record in the Guidelines that a right of reply will indeed be given in the case of proof submitted late. There will be plenty such cases, and the issue appears an important one.