Certain judgments of the Court of Justice of the European Union are less interesting for what they say than for what they stand for. The CJEU's judgment of 13 May (C-516/13) considers a request for a preliminary ruling in a dispute between two Italian companies in Germany. Complainants were Knoll International SpA, holders of exclusive distribution rights in certain pieces of designer furniture that have their own names, the Wassily chair; the Laccio table; the Barcelona chair, stool, couch, and table; the Brno and Prague chairs; and the Cantilever chair; defendants were Dimensione Direct Sales Srl, which was behind an advertising campaign selling reproductions that imitated those pieces of furniture, specifically targeting Germany. 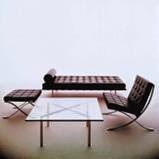 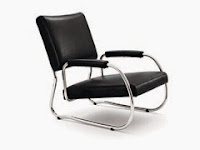 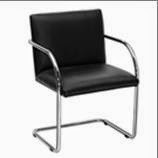 The pieces were offered for sale on the defendants' website, available in German, and through advertisements placed in German magazines and newspapers.

The starting point for the judgment is what some might think of as the core of the dispute. Under German law, the furniture in question are works of art protected by copyright. No jurisdictional issues were raised with the Court. Manufacture of the furniture in Italy did not preclude action from being taken in Germany, since the advertising was aimed at the German market and the pieces were protected in Germany.

However, there is another issue, whether offering or advertising an original or a copy of a work of art infringes the distribution right where the works are protected, even if it is not established that the advertising in question gave rise to purchase of the products.

The judgment is a reminder that the CJEU has to some degree come down on the side of a broad construction of the distribution right, understanding it to encompass other acts (contractual offers, non-binding offers and advertising) which also fall under the series of acts taken with the objective of making a sale of an object.

The CJEU has thus interpreted that Article 4(1) of Directive 2001/29 does not preclude the holder of an exclusive right to distribute a protected work from preventing an offer for sale or advertisement of the original or a copy of that work, even if it is not established that that advertisement gave rise to the purchase of the protected work by an EU buyer, "insofar as that advertisement invites consumers of the Member State in which the work is protected by copyright to purchase it".