Getting to grips with functional marks

The Court of Justice of the European Union (CJEU) issued a judgment on 11 May 2017 (Case C-421/15P) in relation to the interpretation of the prohibition on registration as a trademark of “signs which consist exclusively of the shape of goods which is necessary to obtain a technical result” laid down in Art. 7.1 e) ii) of the Regulation on the European Union trade mark.
In 2002 and 2003 the Japanese company Yoshida Metal Industry secured the registration of two figurative European Union trade marks, for certain items of cutlery in class 8 and kitchen utensils and containers in class 21, consisting of the two-dimensional representation of a series of black dots: 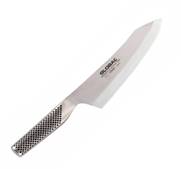 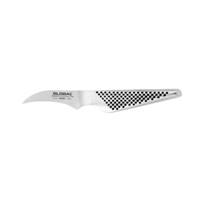 In 2007, the companies Pi-Design AG, Bodum France SAS and Bodum Logistics A/S applied at the EUIPO for the marks to be declared invalid on the basis of Article 7.1 e) ii), given that the signs consisted exclusively of the shape of a product which is necessary to obtain a technical result.
The EUIPO accepted the applications for a declaration of invalidity and cancelled the registrations of the trade marks.
The CJEU has now dismissed the appeal lodged by Yoshida, upholding the invalidity of the trade marks.
The judgment accepts and confirms, on the one hand, the arguments previously asserted by the General Court in its judgment of 6 March 2014 (C-337/12 P y C-340/12 P) (see a comment in this blog), establishing that the prohibition on registration laid down in Art. 7.1 e) ii) must apply both to two-dimensional and three-dimensional trade marks and declaring that said prohibition on registration was in the public interest, insofar as companies cannot use trade mark law to extend indefinitely the protection of technical solutions. Moreover, it states that for a correct application of the provision it is necessary to identify the essential characteristics of the trade mark, carrying out a case-by-case assessment.
Moreover, it is important to mention the CJEU’s current interpretation of Art. 7.1 e) ii), holding that registration as a trademark should only be refused where “all of the essential characteristics of the sign are functional”, that is, the Court considers that in the disputed trade marks, the specific configuration of the black dots is a significant functional element, which means that they cannot be registered as trademarks and, consequently, they must be declared invalid. In this regard, the Court specifies that the prohibition on registration laid down in Art. 7.1 e) ii) may be overcome and the sign may be registered as a trademark where it includes other relevant non-functional components (such as, for example, decorative or fanciful elements).
The Court has undertaken a strict interpretation of Art. 7.1 e) ii) with regard to registration of this type of mark consisting of the shape of a product, to thus prevent companies achieving a monopoly on the technical solutions or functional characteristics of the product. The judgment is also interesting in terms of the detailed definition of all of the mandatory requirements for this type of mark to qualify for registration as a trademark.