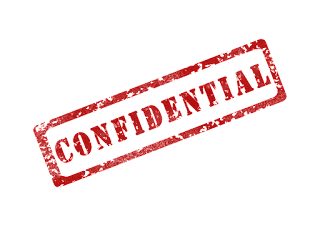 In its judgment of 16 July 2015 (Case C-580/13) the Court of Justice of the European Union (CJEU) placed limits on national laws protecting banking secrecy. In response to a request from Germany's Bundesgerichtshof (Federal Court of Justice) for a preliminary ruling on whether Germany's national banking secrecy law contravened Directive 2004/48/EC on the enforcement of intellectual property rights, the CJEU held that the Directive precluded a national provision which allows, in an unlimited and unconditional manner, a banking institution to invoke banking secrecy in order to refuse to provide the judicial authorities with information concerning the name and address of an account holder in the framework of proceedings dealing with the infringement of an intellectual property right.

In 2011 Coty Germany, exclusive licensees to the Community trademark for Davidoff Hot Water, purchased a bottle of perfume bearing that mark from an Internet auction platform and paid the purchase price into the seller's bank account with Stadtsparkasse Magdeburg. On observing that the perfume was counterfeit, Coty Germany asked the auction platform for the real name of the holder of the account from which the perfume had been sold under an assumed name. The party in question admitted to being the account holder but denied having sold the perfume and refused to furnish any additional information, relying on her right not to give evidence.

Coty Germany then asked the bank, Stadtsparkasse Magdeburg, to furnish the name and address of the holder of the bank account in which it had deposited the purchase price for the counterfeit perfume, but the bank refused to do so, invoking banking secrecy.

Coty Germany therefore instituted civil proceedings with the Landgericht Magdeburg (Regional Court, Magdeburg), which ordered the Stadtsparkasse to supply the information requested. This order was overturned by the Oberlandesgericht Naumburg (Higher Regional Court, Naumburg), ruling that under German civil law the bank was entitled to refuse to give evidence in civil proceedings. Coty Germany appealed this decision to the Bundesgerichtshof (Federal Court of Justice), which stayed the proceedings and referred a question to the CJEU for a preliminary ruling.

Essentially the CJEU has held that, taken in isolation, the provision of national law that allows unlimited refusal by a banking institution to furnish information concerning the name and address of an account holder who engages in activities infringing an intellectual property right, inasmuch as the wording of the provision contains no condition or qualification, is liable to frustrate the fundamental right to an effective remedy and the fundamental right to intellectual property by preventing the competent national authorities from ordering the release of personal data pursuant to Article 8.1 of the above-mentioned Directive.


This ruling furnishes explicit support for national laws ensuring a fair balance between the different fundamental rights in question and clearly places limits on banking secrecy in investigations of cases of infringement of intellectual property rights. Given the invisibility available to sellers of counterfeit goods on the Internet, identifying the holder of the bank account into which payments are made can be critically important – in many cases the only way to uncover an infringer. The CJEU's ruling can be expected to have greater impact on civil matters in Spain, since it limits the banking secrecy that can be invoked in civil proceedings, and less on criminal matters, in which examining judges already enjoy broad powers to investigate crimes and set aside fundamental rights. In any case, the ruling is a big step forward in being able to combat the runaway scourge of sales of counterfeit branded goods on the Internet.